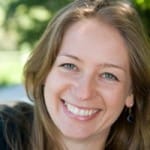 One of Tanya Lasswell’s earliest memories as a small child is poking through her mother’s herbarium, a mothball-filled box filled with preserved plant species. Her mother collected and pressed plants, then labeled them with their Latin name as part of her master’s degree program in pharmacology.

Tanya picked up one specimen and read it: Digitalis purpurea, more commonly known as foxglove, a flowering plant in the family Plantaginaceae. Tanya grew up on five acres of land between Redmond and Fall City, and spent her childhood roaming, falling in love with plants. “It’s always been a part of who I am,” she says.

Tanya’s mother was browsing through used books at Bellevue Community College and secured a college workbook on basic chemistry. “I would read that on the school bus in sixth grade,” says Tanya, who admits she didn’t like school very much when she was younger.

“I didn’t feel like I had the ability to delve deeply into a subject. I couldn’t articulate it like that at the time, but things didn’t make sense to me unless I was able to get a fuller, richer understanding of it.”

In seventh grade Tanya took the SAT as part of a program through the Johns Hopkins Center for Talented Youth. She scored high enough to get into the Early Entrance Transition School at the University of Washington. That’s how she ended up skipping high school and heading straight to the UW campus. Her first quarter course load consisted of World History, Creative Writing, Pre-Calculus, and Physics. She was 13 years old.

In college, Tanya studied botany. She traveled to Thailand and Central America, and while visiting a friend doing a semester abroad in Ecuador, took a side trip to the Galapagos Islands.

“I was sort of a nerd at that point,” she remembers. “Regardless of who I was friends with, everyone knew that I like plants. They hear about it when we’re just walking around. There’s no getting around it.”

While in Ecuador, her friend said, “I want to take you to the Amazon.”

“We went down the mountain on a bus. I was glued to the window. It was fantastic. Half the time the road was washed out, and we’re on this huge chicken bus. There’s music blasting from the front, there’s chickens everywhere, people are sitting all over each other, and you’re just bouncing back and forth. That trip down was magical. It was all kinds of awesome.”

“Whenever I went to science museums as a kid, I always wanted to look at the rocks. Because they’re pretty. I had constantly noticed that the coolest, prettiest, biggest rocks, the biggest crystals, were always from this one place in Brazil—Minas Gerais. I got it in my head that if I ever got married, I would want to go rock hounding there to get stones for my wedding ring.”

She mentioned this in casual conversation to her husband Pat while they were still dating. They both enjoy escaping to a sunny place during the dark Seattle winter, and one day, he asked, “Where do you want to go this year?”

So they flew to Brazil, the place with the most beautiful rocks in the world. It turns out it’s dangerous to hunt for rocks on public land due to competition among local groups, so they searched the local gem shops. Haggling in Portuguese was a challenge, but after finding a dealer who spoke Spanish, they thought they had a deal. They had almost decided on a set of gems for each of their rings, but thought it would be best to sleep on it before purchasing. That evening, they clicked around eBay and found the same quality stones for half the price.

Sitting in a local coffeehouse the day before leaving, Tanya had a moment of reflection. She told Pat, “I guess I realized on this trip that I didn’t specifically want a rock from this region. I think I wanted to know that someone would want to come down here with me, and would want to rock hound.”

When they arrived back in Seattle, the International Gem and Mineral Show was taking place at Qwest Field. There they found rocks in Africa that were from the same contiguous geological belt, and were formed at same time and in the same way, as the ones in Brazil before the land mass split millions of years ago. “That was nice,” she says. “We were happy with that.”

As a part of her PSCS application, Tanya submitted an origami sculpture detailing things she’s passionate about: food, gardening, biology & botany, singing & dancing, travel & languages, and mathematics & art. This is how she describes the intersection between mathematics and art:

“I think math is beautiful. Math is all about patterns and describing the patterns in the world around us. Our brains are built for looking for patterns, so our brains are built for looking for math. There is a level of abstraction that we use to put them into numbers and equations, and that can be useful because you can formalize and make new things out of connections you make out of other things. You can say, ‘Oh, that has this pattern and that has this pattern.’ If you can distill that down to an equation, you can make it expand back out to other ways. Seeing the pattern in small flowers inside of a sunflower, the interesting geometric pattern there is also how a whole plant body is built. You can look at that and turn it into really cool jewelry or sculpture art. It also deals with how you pack things into a very small space. That same pattern is used elsewhere. If you have the ability to see a pattern and raise it to a level of abstraction you can then take it and do other interests that you might have.”

When Tanya and Pat were married, they decided not to hire a caterer or a wedding planner. They would do it themselves, enlisting the help of a tight community of friends. So they created a list of recipes and invited friends to do the cooking. They bought an extra refrigerator to keep all the food. Neither had any experience in event planning or catering.

Tanya also decided to sew her own wedding dress. “I wanted to learn how to sew,” she says.

“One of my core values is always learning. When you stop learning, that’s kind of when you die inside. There’s no reason not to turn everything you do into a learning experience.”