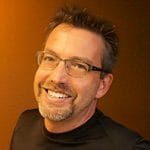 PSCS Co-founder, Andy Smallman, was an honor student in high school in the 1980s, but found the experience to be mostly a waste of time. Lots of requirements, worksheets, and boredom. He couldn’t wait to get out.

He took a job at a bookstore, and by his senior year was the night and weekend manager. He worked from 1:30 until 9:30 p.m.—a full 40 hours a week—closing out the till, balancing the books, locking up, and making the night deposit at the bank. The only thing preventing him from graduating high school early was a half credit in “Occupational Education.”

Andy met with his guidance counselor and explained his evening job. “Is that worth half a credit?”

“What you do on your own time has no bearing on what credit you earn in school,” the counselor explained. “You have to spend time with a certified teacher.”

So he stuck around for his final semester and signed up for an accounting class, eventually graduated, and decided to skip college. He moved to Alaska to meet up with an old friend and worked as radio DJ. He traveled around a bit, came back to Seattle, and, at the urging of a friend, enrolled in the King County Big Brothers/Big Sisters program. He was paired up with Matt, a boy entering fourth grade.

“I just loved him,” Andy says.

They went to Seattle Mariners games. Matt would come over and they’d cook hot dogs, ride bikes, go swimming, or play baseball in the park. One day they went to a studio and had their portrait taken together. Big Brothers/Big Sisters called and said they had been named “Match of the Year.” They went downtown and got their picture taken with the Seattle mayor, and Andy knew: “I’m meant to work with kids.”

He enrolled at The Evergreen State College to study human development and graduated in less than three years. It was an exhilarating time in which he felt in partnership with the faculty, who supported him as he pursued ideas that he was passionate about—the exact opposite of his high school experience. At the time, he wondered, “Why couldn’t I do this when I was 13?”

In 1994, Andy started Puget Sound Community School. For the first seven years, the school was nomadic: staff and students met in a different city each day and used the world as their classroom. In 2001, the school moved into one site to better support equipment-intensive science and visual arts classes. In 2008, PSCS entered its current location in the International District, where students learn in a safe, loving, nurturing environment staffed by teachers who help them pursue their passion.

In 2018, Andy stepped down as Director of PSCS, deciding to pursue other ventures. He and his wife, PSCS Co-founder Melinda Shaw, now reside in Berkeley, CA with their dog, Bentsen.