At PSCS, we define diversity to include race and ethnicity, socioeconomic status, gender, gender identification, sexual orientation, different physical and cognitive abilities, and religion. We recognize that there may be other areas in need of attention that we have not identified here, or that will emerge with time. PSCS has an open admissions policy that reflects our aim to respect individual differences and learn from diversity.

We admit students of any racial, national, religious, or ethnic origin, from all backgrounds, belief systems, family dynamics, and orientations. In short, we recognize and invite the participation of all people, not discriminating on any basis in the administration of our programs.

Every member of PSCS is entitled to study/work in an environment free of harassment based on race, color, religion, national origin, sex, gender, gender identity, sexual orientation, age, family structure, marital status, genetic info, different abilities, neurodiversity, veteran or other protected status. PSCS does not tolerate harassment, regardless of whether the conduct is verbal, physical, or environmental.

Harassment is unwanted behavior, speech, writing, or pictures directed at an individual or group because of their race, color, sex, religion, or other descriptive identification. But harassment is not about sex, race, color, etc. It is about intimidation, control, misuse of power, and the attempt to deny equality. It can be blatant or subtle, one incident or a pattern. It can happen between students, between adults, or between an adult and a student. It can happen at any age. It does not matter if the person who is doing the harassment says they were only kidding or just having fun.

Microaggression/Violence are the everyday slights, insults, indignities, and denigrating messages that, whether intentional or unintentional, transmit hostile, derogatory, or negative messages to a target person because they belong to a stigmatized group. Microaggressions/violence are often framed positively (Your braids are so cool. Let me touch them. -or- Since you (Asian Americans) are so good at math, can you help me with a problem?). These messages may be sent verbally, nonverbally, or environmentally (like never participating in Affinity Groups or using an American Indian mascot as an avatar) and are particularly stressful for people on the receiving end as they are easily denied by those committing them. 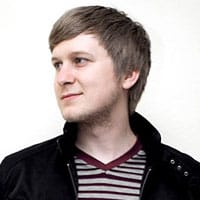 For PSCS alum Jostin Darlington, it all started with a bit of adolescent fun at McDonald’s.

“We had a group of friends sitting at a booth, video taping me as I ordered a large meal,” he remembers. “The plan was that after receiving my food I would trip myself and spill it in front of the rather busy restaurant. It went according to plan, and everyone laughed a lot.”

Jostin was a high schooler at PSCS at the time. After editing his skits into a montage of funny scenes, he wanted to share it with his friends via the Internet. He asked a PSCS staff member to teach a web design class.